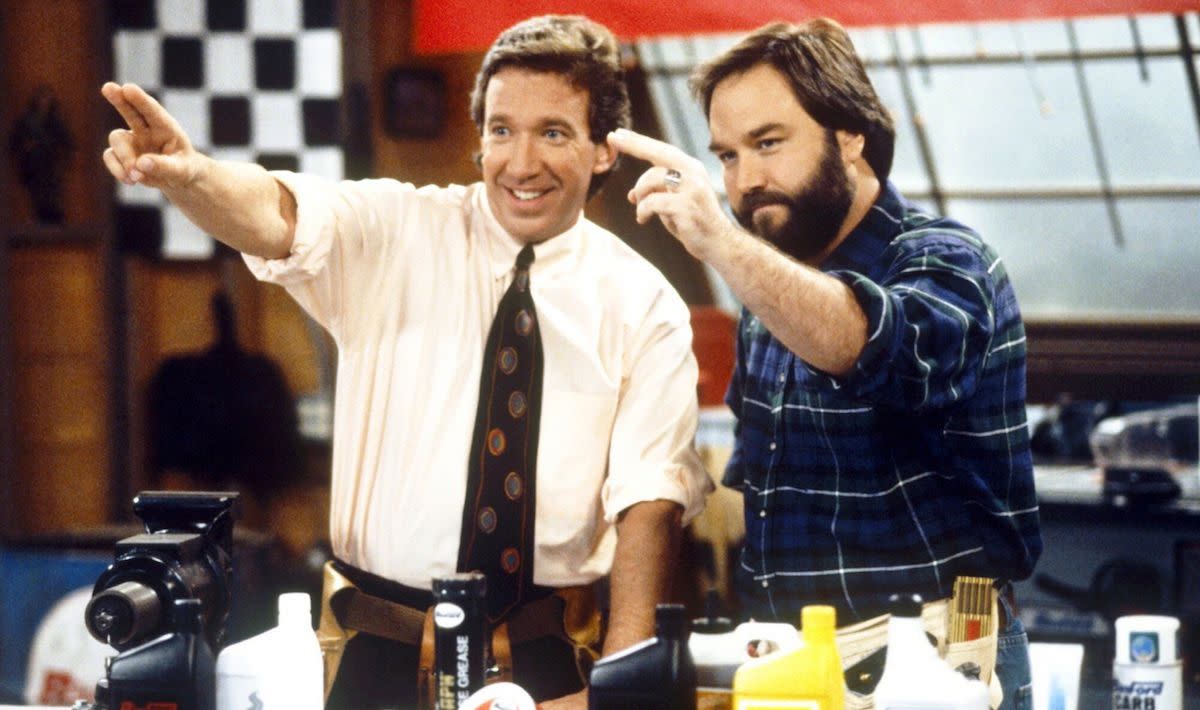 Tim Allen may still be dreaming of a Home Improvement reboot, but in the meantime he’s working on the next best thing: a spin-off reality TV series. According to TVLine, a building-themed competition show is in the works, and both Allen and Richard “Al Borland” Karn are onboard.

The TV series, tentatively called Assembly Required, will spotlight talented builders nationwide as they “compete to breathe new life into everyday household items in desperate need of fixing” from the comfort of their home workshops. The show will consist of 10 episodes and is aiming for a 2021 premiere date. Karn will host while also executive producing alongside Allen.

Announcing the show in a statement, Allen said,

“Let’s face it — we’re living in a throwaway society. We buy, break, replace… rinse and repeat. Whatever happened to repair and rebuild? There are some people who unfriend, unfollow, and dispose of anything that offends, annoys, or breaks — so I’ve created a show to remind people of the satisfaction and pride that comes from rebuilding something on their own. And who better to join me than my buddy from the old Tool Time days — Richard Karn! Now we’re talking More Power! Albert Einstein once said, ‘I’m not a genius, I’m just passionately curious.’ Well, let’s get curious! Even a chimpanzee would at least show interest, right? Wait, I think I just came up with another idea for the show! R-R-R!”

It’s been over 20 years since Home Improvement ended its eight-year-long run on TV. Especially as of late, Allen has been rather busy, starring in Toy Story 4 and reviving his conservative comedy Last Man Standing on Fox after it was canceled by ABC. He would be working on a sequel to Galaxy Quest, too, if it weren’t for the unfortunate passing of Alan Rickman.

Subscribe to Consequence of Sound’s email digest and get the latest breaking news in music, film, and television, tour updates, access to exclusive giveaways, and more straight to your inbox.