One ship arrived in late September; the other in late October. They’ve been stuck at anchor ever since.

Liz Ross, co-founder of CoolSnowGlobes, says that at this point in the season, all is lost. Her snow globes — representing $1.5 million in sales — needed to get to customers before the holidays.

But Wan Hai Lines Ltd., the Taiwanese shipping corporation that owns those vessels, is making a record profit this year. So is every major ocean shipping company, trucking company and warehouse company, as consumer demand has led to a 20% jump in imports.

The supply chain, defined as the system of moving goods from factories and farms to end consumers, is tied into knots and failing to deliver. But supply chain companies, each a private entity that hopes to make as much money as possible out of the surge in consumer demand, are having their best year ever. At the moment, that means there’s little financial incentive to resolve the supply chain crisis quickly.

“Right now consumers are screaming because they don’t have the product and the price is going up,” said Christopher S. Tang, a distinguished professor at the UCLA Anderson School of Management who studies supply chains, “but the big players are quietly happy.”

This begins on the boat.

Most imports come to the U.S. in shipping containers, and just nine shipping companies control 80% of all global container shipping. Those companies have further consolidated into three major alliances — 2M, Transport High Efficiency Alliance and the Ocean Alliance — in the last decade, giving them unprecedented power in the market.

“To a certain extent they’ve become a cartel,” Tang said. “There’s not that much competition, so they can jack up the price more.”

A look at San Pedro Bay, where dozens of ships have been idling for weeks, might give the impression that these companies are under duress. How can having $100-million ships tied up at anchor be good for the bottom line?

The shipping companies’ financial reports show that they’re finding a way. A.P. Moller-Maersk, the Copenhagen-based shipping giant, is on track to make more than $16 billion in profit in 2021 — three times as much money as its previous best year ever in 2014, and the most profit ever booked by any company in Danish history. Cosco Shipping, the Shanghai-based company that competes with Maersk for the top spot in the industry, made $12.6 billion in profit from container shipping in the first nine months of 2021, and reported that its revenue had doubled since 2020, thanks to the supply chain squeeze.

Wan Hai Lines, which is not in one of the major alliances, booked $2.48 billion in profit in the first nine months of 2021, 19 times what it made in the same period last year. Taken as a whole, the ocean shipping industry is on track to make more profit in 2021 than it has in the last decade.

The main source of this skyrocketing revenue is freight fees. In 2019, shipping a container from China to the West Coast cost less than $2,000, on average. At the height of the logistics crunch this summer, rates soared above $20,000 for that same container, before falling below $15,000 in the latter half of November. Demand went up, supply went down as backlogs grew, and prices surged.

Customers such as Liz Ross pay the shipping companies upfront. In previous years, those companies had a financial incentive to unload their ships as quickly as possible to free up capacity for more voyages. But the eight- to tenfold increase in prices means that a carrier can double its revenue even at 20% capacity. With that amount of money coming in, idle ships at ports such as those in Los Angeles and Long Beach barely scratch the bottom line — and in fact might prove good for business, if they mean that the companies can keep prices high, Tang said.

The ocean carriers also make money from the pileup of containers on the docks. After a container sits at the terminal for a certain number of days, shipping companies begin charging end customers a rental fee for using their box, a charge called demurrage in the industry. On the other side, once a trucker picks up a container and delivers its contents to a customer, the shipping companies also start charging the trucker a late fee, known as detention, if the trucker fails to return the empty container within a certain time frame.

The ports themselves are owned by the cities of L.A. and Long Beach, respectively, but local governments have few levers at their disposal to change the behavior of private multinational shipping companies. The ports only serve as landlords to the private terminal companies that operate the docks, many of which are partly or wholly owned by the shipping companies and rely on them for their income.

In an attempt to change the financial incentives at play, port officials in October voted in a new fee on containers idling at terminals that could amount to millions in extra charges for the ocean carriers. Port leaders have delayed the fee’s implementation, but cargo has been moving off the docks more quickly in recent weeks.

The federal government has turned its attention to the ocean carriers but has not taken any regulatory action as of yet. The Biden administration signed an executive order in July encouraging the U.S. Federal Maritime Commission to investigate “exorbitant fees” charged by the ocean carriers. A recent White House blog post raised the idea of using antitrust laws to regulate the industry and called on Congress to support expanding the commission’s budget to meet the regulatory task.

While port truckers, many of whom are independent contractors, have been suffering under the fees and container logjam at the docks, other major players along the supply chain have been reaping profit bonanzas in the supply chain crisis.

DHL’s supply chain business and Kuehne & Nagel, two of the world’s largest freight-forwarding companies, have both more than doubled their profits this year in their core businesses. Profits at major truckers such as Saia Inc., Schneider National Inc., Old Dominion Freight Line Inc. and J.B. Hunt Transport Inc. have soared in 2021, even with fuel and labor costs on the rise, with many on track to earn nearly double the pre-pandemic profits of 2019. C.H. Robinson Worldwide Inc., one of the country’s largest warehouse and logistics companies, booked $614 million in profit in the first nine months of 2021, up from $477 million in the same period in 2019, a nearly 30% jump.

Big companies have always had the advantage of scale, said Senthil Veeraraghavan, a professor of operations, information and decisions at the University of Pennsylvania’s Wharton business school. But now that capacity across the supply chain is stretched to the limit, “the first guys to get squeezed are people who put in small orders.”

The last 20 years have seen an explosion of online direct-to-consumer brands and small e-commerce businesses, such as Ross’ snow globe company, that rely on imports, while the back end of the supply chain has tended toward consolidation. “These aren’t centralized systems, there’s thousands of companies with millions of people doing their own things,” Veeraraghavan said, and it worked to a point, with small importers placing orders more than six months out to get deliveries in time for the holidays. “Then it all collapsed at the same time.”

“Year after year we talk about how a little bit of variation in the supply chain propagates all over the spectrum,” Veeraraghavan said, “and unlike financial volatility, where stocks move up and down almost instantaneously, this is like a ripple in molasses.”

As the demand for imports ebbs in early 2022, freight prices are likely to continue to fall. Companies that tried to expand to meet demand will find themselves with excess capacity on their hands and suffer the financial consequences. The companies that embraced the crunch, delivered goods late and charged high prices can settle into a soft landing at pre-crisis rates.

That’s little solace to Ross. She spent 20 years building up her snow globe company from a hobby to a $2.5-million-a-year business, making custom products for clients such as Yves St. Laurent and the Museum of Modern Art. She spent the last three months anxiously watching the bulk of her orders — and it was a strong year for orders — sit stranded a mile offshore.

“We’ll be here next year,” she said, hoping to break even on her inventory over the course of 2022. “But it’s a smack in the face.” 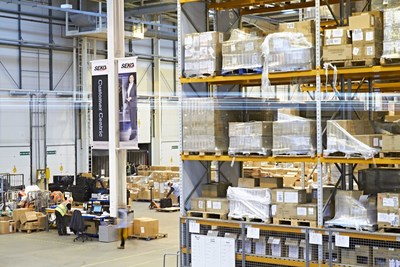 Should you have a mirror in your bedroom?