The country home where Prince Charles allegedly conducted his affair with then Camilla Parker Bowles is on sale for £3.75m.

Bolehyde Manor, near to Chippenham in Wiltshire, is an 11-bedroom country pile complete with tennis court, swimming pool, stables and three cottages in the grounds.

It’s also where Camilla lived with husband Andrew Parker Bowles – and where Prince Charles was said to visit her when Parker Bowles was out of town.

The Manor was last on sale in 2011, when it was reported the Duchess of Cambridge’s parents, Michael and Carole Middleton, were interested in buying it.

During that time, Charles had met and married Diana, who became Princess of Wales, but he and Camilla remained close.

According to The Daily Telegraph, Charles would stay at the Wiltshire home with Camilla when Major Parker Bowles was commanding his regiment in London during the week.

Diana is said to have hated visiting the Parker Bowleses when she was married to Charles, according to biographer Christopher Wilson.

The home is 15 miles from Prince Charles’ estate at Highgrove, near Tetbury in Gloucestershire.

Charles and Camilla dated for a brief time in the early 1970s, but did not marry, and both went onto marry and have children separately.

Charles, now 71, acknowledged the affair continued throughout his marriage to Diana in an interview in 1994, and soon after, Camilla and Parker Bowles divorced.

The prince wasn’t able to marry Camilla, now 72, until 2005. However she has now cemented her place in the Royal Family. The couple is currently living in Scotland.

Visitors can usually spend time exploring the gardens at Bolehyde Manor each year, as they are opened for the National Garden Scheme, but the event will not be going ahead this year.

The house is listed with Savills, who say the Grade II listed property is “unreservedly designed around both family living and entertaining”.

There has been a house on the land for about 700 years, with accounts of a manor being bought by the Gale family in 1635. They owned it until 1927.

On the first floor, there is a master bedroom plus seven other bedrooms, while another three are in the annexe.

Read more: ‘We had never seen anything like it’: How the Queen’s coronation is remembered 67 years on

If its grounds and gardens which a buyer fancies, Savills says: “The current owners have focused on re-establishing the natural beauty of the gardens throughout the various themes from the Mediterranean courtyard, with its impressive frame of tall yew hedging, to the geometric design of the well ordered English kitchen garden.

“A quieter mood may be enjoyed in the peaceful environment of the garden referred to as ‘Regents Park’, whilst the plum orchard offers bountiful ingredients for autumnal cookery.”

There’s even a fragment of the moat which used to go around the property left on the grounds.

The interior decoration takes its cues from classic English country living, with large stone fireplaces made the focal point and surrounded by plush sofas.

There’s an impressive library in the study which wraps around the whole room. Stone floors are covered by large rugs for warmth. 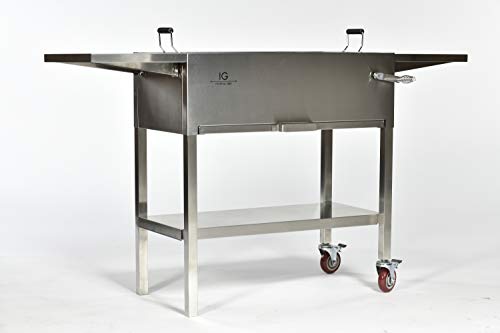