One of Dallas’ oldest neighborhoods is home to a cutting-edge new residential community.

Called the Haciendas, the project will include more than six dozen high-design homes being built near Fort Worth Avenue in West Dallas.

The one-of-a-kind development is a project of Oaxaca Interests, the same company that built the popular Sylvan Thirty mixed-use development on Sylvan Avenue west of downtown.

Just a few blocks away, Oaxaca Interests has built the first four of what it plans to be a larger group of style-forward houses on North Edgefield Avenue.

Designed by award-winning architect Lake Flato of San Antonio and Austin, the homes marry an outside industrial look with bright and airy interior spaces.

They range in size from 1,550 to just under 1,900 square feet, with stucco exteriors and metal roofs, and they’re built in joined modules.

The houses have high ceilings with open floor plans.

“Even though we are slightly less than 1,900 square feet, you feel like you are walking into a 2500-square-foot home,” Jackson said. “These are single-story homes.

“Our competitors are building two- and three-story products.”

Oaxaca Interests is looking to do many more.

“We own 84 lots currently we can build on,” he said. “We started looking at the area in 2007, and we’ve been picking up land in West Dallas as we’ve gone along.”

While other urban single-family home projects sit cheek to jowl, the Haciendas are built on 5,000- to 9,000-square-foot lots with room for outdoor spaces.

Each house has a private courtyard.

“We are allowing for spacing,” Jackson said. “In an urban environment, that’s hard to come by. Outdoor space is really important for health, which we planned before COVID.”

Dallas-based landscape architects Hocker Design Group designed the yards of the houses with drought-tolerant plants and sustainable features. And Dallas’ Kathryn Nelson Design did the sharp, clean interiors for the homes.

“The sheer aesthetics of the homes are very simple,” Jackson said. “In addition to the scaling of the homes, it was important to marry the concepts of simplicity and sophistication.”

The first houses have three bedrooms and two baths and start at around $625,000. “We already have several buyers circling,” Jackson said. “Early indication is there is quite a bit of interest.”

Jackson also plans two-bedroom houses that will be closer to $550,000.

He said that so far the homes are attracting empty nesters who are interested in downsizing and young buyers who are ready to move up from a starter home.

“The third group that’s interested is a combination of folks moving in from out town, but some of them grew up in Dallas and moved away and came back,” Jackson said.

Jonathan Rosen and Jordan Dickie of Compass Real Estate are marketing the houses.

Along with West Dallas, other locations are in the works.

“We will be staying in Texas with the concept for the time being,” Jackson said. “We’ve already targeted two other markets — San Antonio and Fort Worth — we are interested in.”

Oaxaca also worked with Lake Flato and Hocker Design Group on its Sylvan Thirty project on Fort Worth Avenue, which includes retail and apartments.

“It was a bit of getting the band back together,” Jackson said. 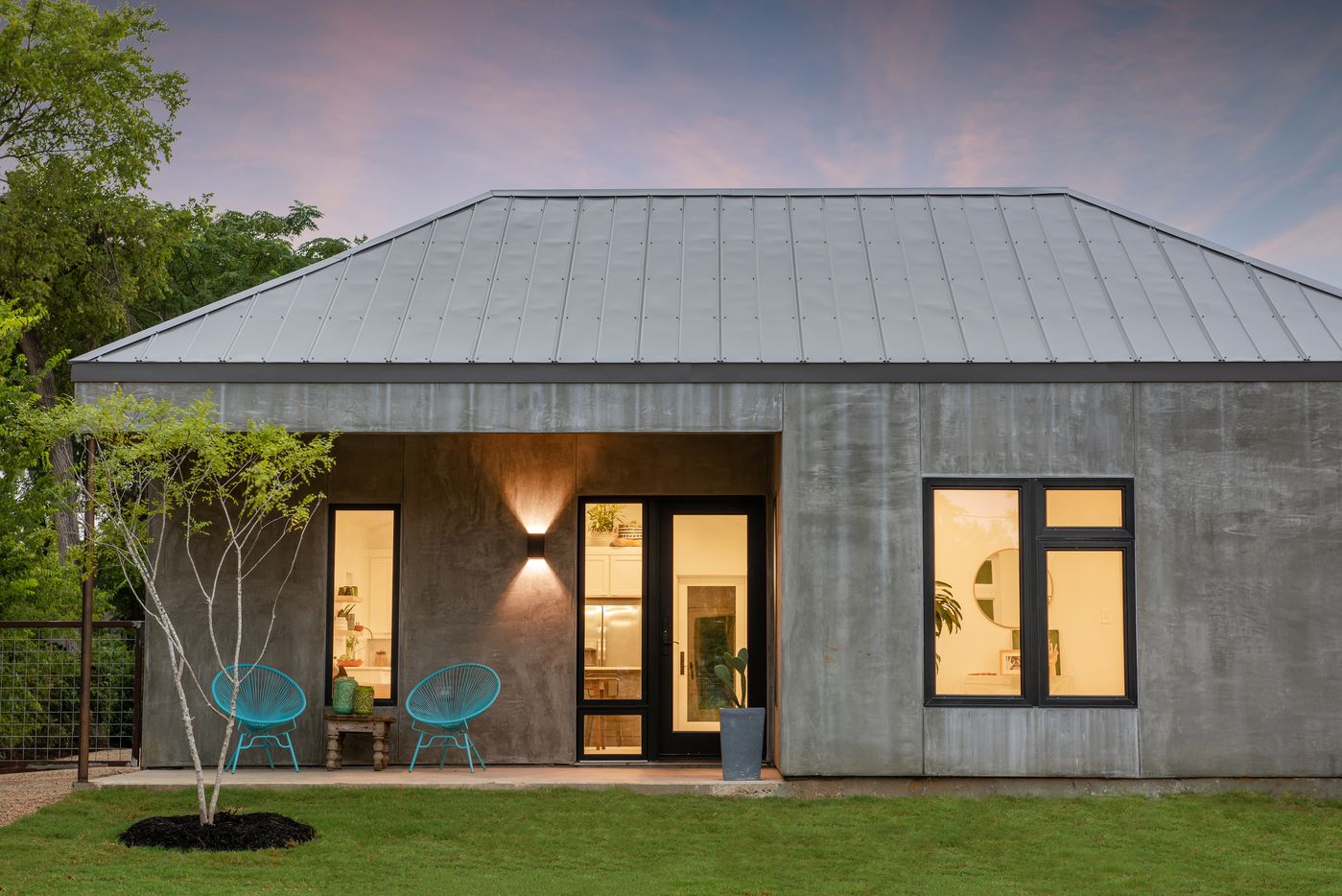 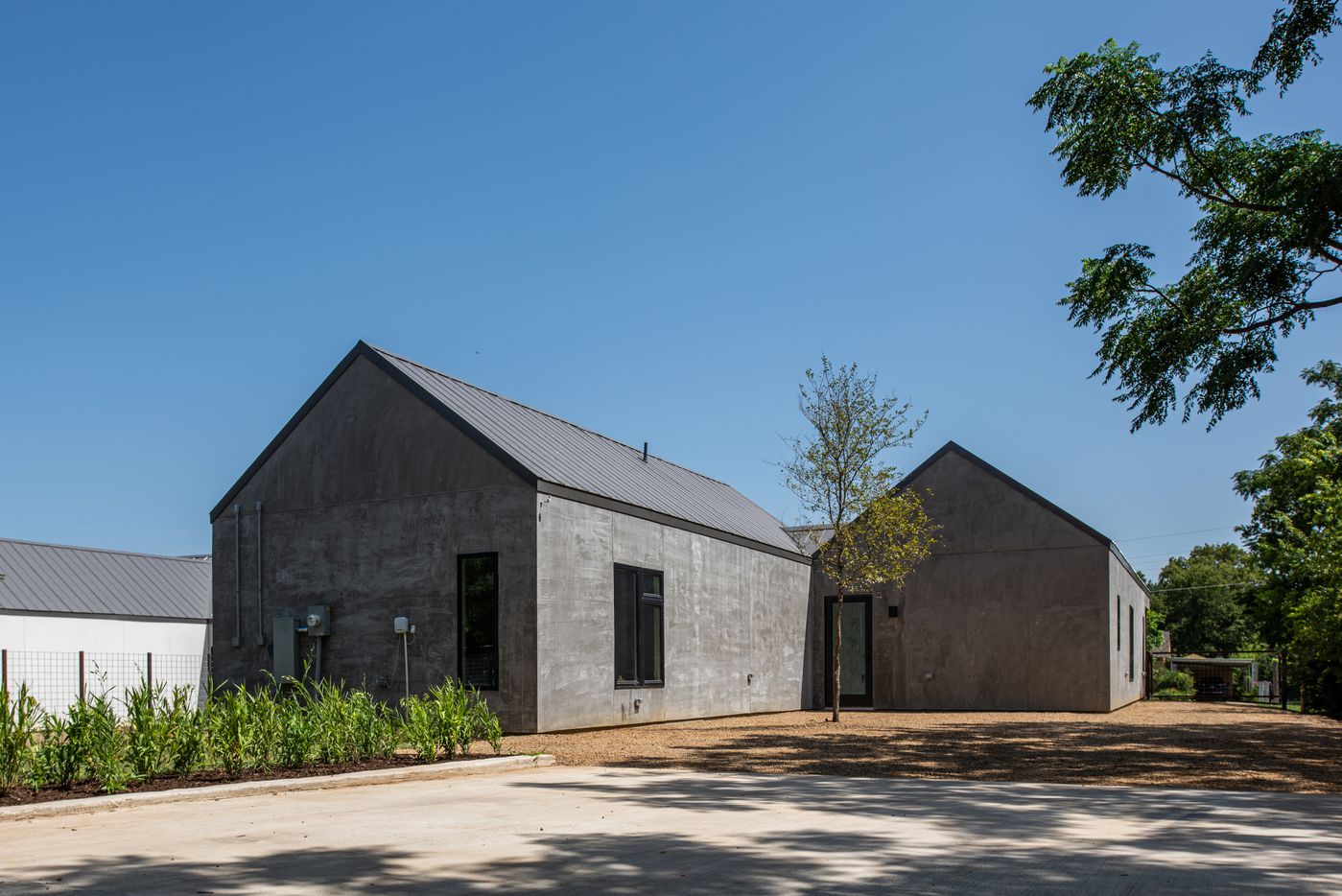 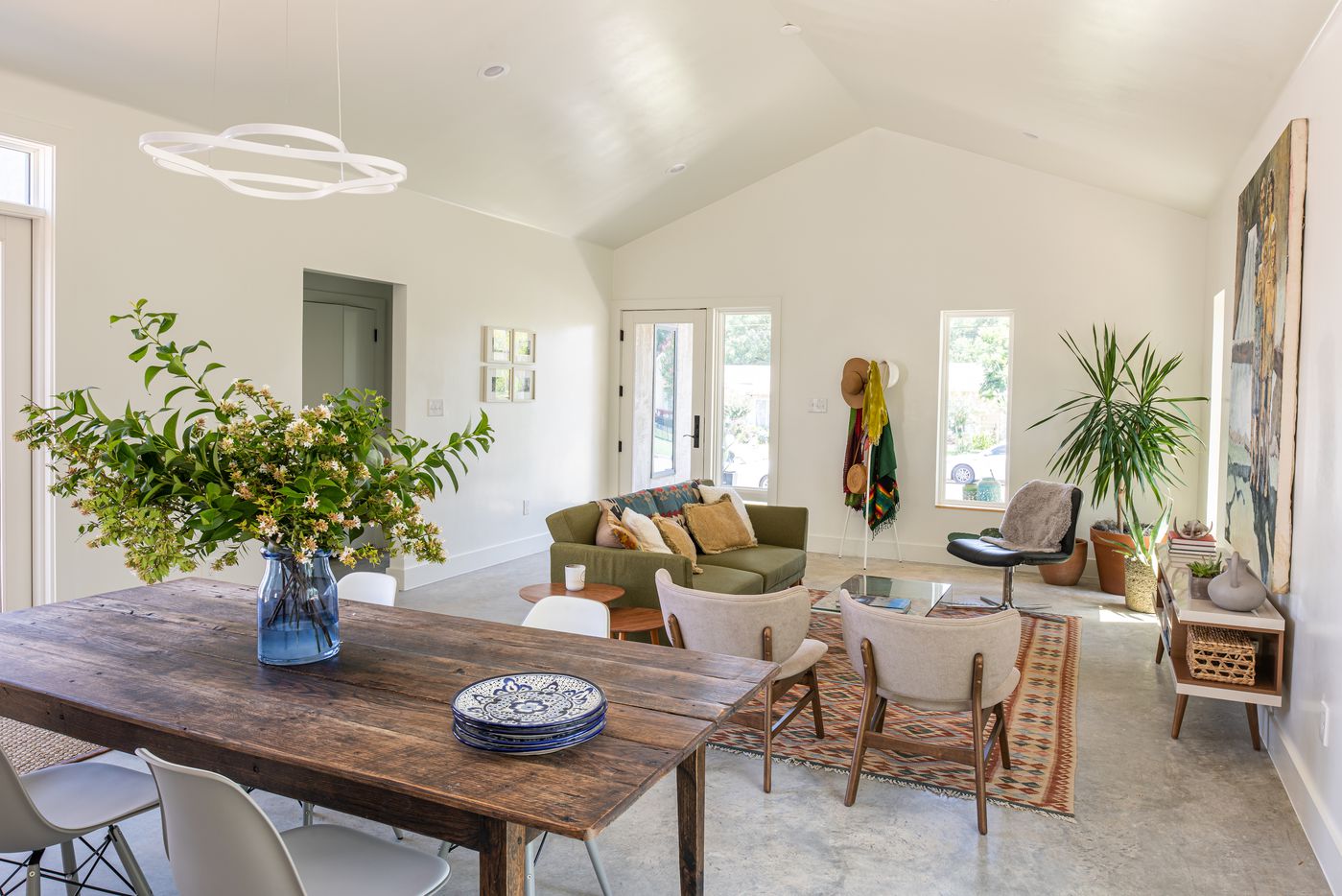 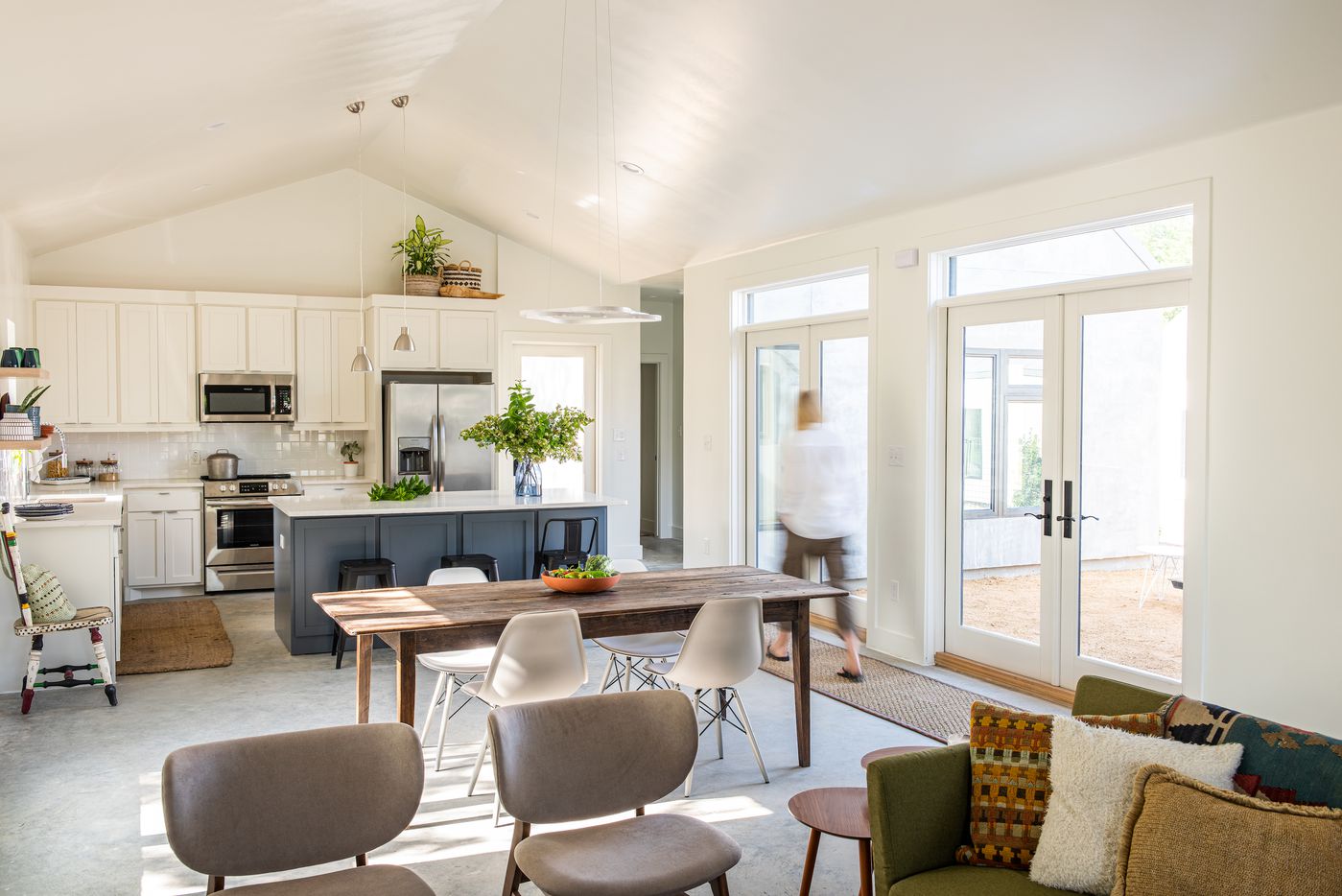 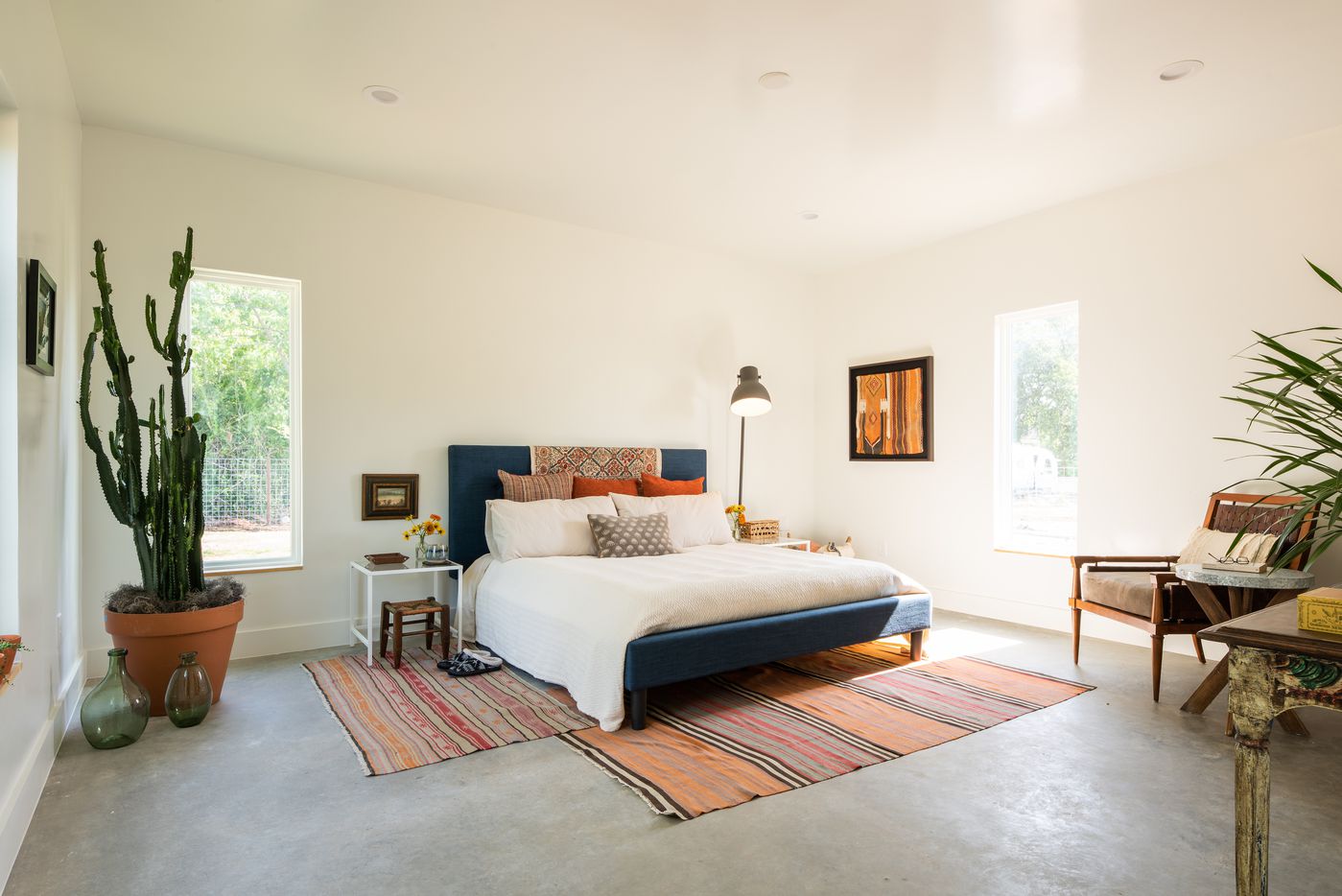