Check out more our stories in the Tipping Point series. Click here.

Jesse and Shanni Burke were working on their laptops a few feet apart in their cramped Silicon Valley apartment this spring, sweltering without air conditioning, when it dawned on them.

The coronavirus pandemic that was virtually imprisoning them in their tiny downtown San Jose walk-up also offered an unexpected escape option. No longer tethered to the office, they could live almost anywhere outside the pricey Bay Area and keep their jobs.

Last week, the couple moved into a 2,700-square-foot home on a leafy street in the suburban Sacramento community of Fair Oaks. It’s their first home purchase. They’ll turn two of the four bedrooms into his and hers offices. And they plan to add a gym and a backyard pool.

“Because of COVID, we didn’t want to be stuck in a tiny space,” Shanni, a 34-year-old tech worker, said. “But we knew there was no way we could afford in San Jose.”

Why Sacramento? It’s close enough to the company office in Cupertino – two hours – for an in-person work day every few months.

“We were ready to get out of the urban environment,” Shanni said. “I heard Sacramento is up and coming.”

The Burkes and other COVID-propelled Bay Area emigrees represent a slice of what real estate watchers say could be notable changes in Sacramento housing as a result of the disruptive pandemic, now in its sixth month.

Now teleworking from home, and spending far more hours there, some Sacramento and Northern California residents are rethinking what they want in a home, and even whether it makes sense now for that home to be hours away from the office.

“One of the effects of the pandemic has been creating buyers who are more sensitive to space and privacy as they spend lots more time inside these days,” said Sacramento real estate data analyst and appraiser Ryan Lundquist.

We’re building a team of local journalists to cover key issues as Sacramento grows toward a prosperous and inclusive future.
To support the new Tipping Point Lab, click here.

For the first time, homes bought this summer in Sacramento averaged more than 2,000 square feet, a signal that the dining room table doesn’t work long-term as a home office, especially when children are afoot. Buyers say they want a separate room.

There is some nest-feathering going on as well. Home furnishing stores report booming business during the pandemic as stuck-at-home families have rediscovered cooking and are tapping what would have been travel funds for kitchen upgrades and other home improvements.

What will COVID do to housing?

Home builders, city planners and market watchers say the jury is out on whether the COVID-19 pandemic will in fact prompt deep long-term changes in Sacramento communities.

Will more Sacramentans move to the suburbs or to the hills for elbow room, figuring they may no longer have to deal with a congested commute to downtown offices? Will home prices continue upward, making home ownership increasingly elusive for many? Is it time for home builders to chop up their open-floor plans and begin building sound-proofed offices and home gyms?

Or will the COVID era fade by next spring if a successful vaccine arrives, sending state workers back to downtown offices, people back to fitness centers for their workouts and families and friends back out to restaurants, bars and clubs?

“Is this just a 2020 thing, or a 2025 thing?” University of the Pacific economist Jeffrey Michael said.

Stories that matter to Sacramento-area communities as the region grows toward a prosperous and inclusive future. Sign up for news and events, and to be part of the conversation.

Michael’s own life is an example of this limbo. He formerly shuttled between Sacramento and Stockton offices. Now, he works in his daughter’s bedroom while she is at college. He put a table in there. He hasn’t told her yet. He said he needed a place with a door for online meetings.

“I have a virtual Zoom background, so you can’t see her posters on the wall,” he said.

“There’s nothing worse than the yard guy coming by (with noisy leaf blowers and lawn mowers) when you are on a conference call,” Bazzocco said.

Michael Strech, head of the Northern California Building Industry Association, said builders are dedicating secure drop-off space for Amazon packages. But they are leery about adding too much square footage. “You have to make it pencil,” Strech said.

Bay Area refugees aren’t new. Studies show that people have been fleeing high coastal rents and housing costs for several years, and that Sacramento and the Central Valley are popular landing spots.

But builders and real estate agents say that migration appears to have intensified with COVID. Taylor Morrison reports shoppers at Sacramento subdivisions from the Bay Area doubled last month, to 30{2bcf6c72702b5c79c6d60e2b201b92505312452d06f0e1ed088ab13b8bc14c0a}.

Realtor Erin Stumpf of Coldwell Banker is among agents who report they are getting more calls from Bay Area residents asking what’s available here, some of them cashing out million-dollar Bay Area homes. Others, like the Burkes, are tired of renting in a place where they can’t afford to buy a home.

It appears to have added to Sacramento’s housing crunch.

Home builders say they are on track to construct 20 percent more new homes in the region than last year. But that is not keeping up with demand. At the same time, in the existing home or resale market, shoppers seem to outnumber sellers. More Sacramento owners are sitting on the sidelines this year than in the last 20 years instead of putting their houses on the market.

Margaretta and Gordon Sweezy of Fremont in the Bay Area want to buy a big new house in Elk Grove, with perhaps a NextGen-style separate living area for her mother. Both of them now work from home.

“We have developed this itch to be in a bigger space to live and work,” said Margaretta, a recruiter for a pharmaceutical and biotech businesses. She formerly took BART trains daily to her San Francisco financial district office, but her boss just gave her the OK to work permanently at home.

“We realized we had to look outside the Bay Area and we fell in love with Elk Grove,” she said. “It has good school districts.”

They figured they could buy a home for between $600,000 and $700,000 that would cost about $1.5 million in the south bay. But they’ve discovered builders in Elk Grove seem to be selling out even before homes are built. They just put a deposit down on an unbuilt home, but aren’t sure yet they will be chosen to buy.

“I didn’t realize how competitive it is,” she said.

The future of downtown housing

Gov. Gavin Newsom’s Department of Human Resources said in a May directive that it expects 75 percent of state employees working from home to stay there indefinitely. If sustained long term, it could save the state on office rentals and new construction costs.

That has prompted the question of whether the virus could prove to be a death knell for some downtown business and slow the recent surge of infill housing construction.

Barry Broome, the Sacramento’s region’s marketing chief who heads the Greater Sacramento Economic Council, sees a very different scenario, one where COVID-19 creates an opportunity for downtown to evolve into a broader economy, although it will take years. If the remote telework shift proves to be sustainable, Broome said he believes more young talent from the Bay Area will move here, giving Bay Area companies reason to set up businesses here as well.

Some businesses could land in the growing tech centers in Rancho Cordova. Some, however, will show affinity for the urban core, such as the emerging downtown Railyard redevelopment project that will include a Major League Soccer stadium, a Kaiser Permanente Medical Center and an expanded train center to connect downtown with San Francisco’s tech companies.

There had been some fear initially that urban areas would become less attractive if they are seen as places viruses can spread more easily. But Sacramento’s COVID-19 hot spots have turned out to be in older and less affluent residential neighborhoods where families live in larger numbers in households, not in downtown or midtown, where many residents live in smaller units.

Matt Lewis of California YIMBY, a group that advocates for more housing, including infill, challenges the notion that urban areas will wither. While some people will buy bigger houses with extra rooms, they represent only a small slice of the population, he points out.

Most people will continue to live wherever they can afford, he said. That means Sacramento and California still need what they have needed for years: affordably priced apartments in urban areas where people can get around without the expense of cars.

That said, the COVID era could help some aging Sacramento suburban communities rejuvenate.

Realtors say many Bay Area residents are attracted to the classic suburban and small-city Sacramento lifestyle offered in Carmichael, rural Lincoln and Woodland, or Folsom and Elk Grove.

As that group replaces older residents on fixed incomes, suburban businesses could renew. It “provides residents who support services, restaurants, and retail,” said Bruce Monighan, urban design manager for Sacramento. “That influx tends to strengthen our overall economy and widens the base of our economy.”

Shanni Burke, newly arrived in Fair Oaks from San Jose, said she had always wanted to work from home.

She is delighted she no longer faces the congested commute that could take up to an hour from her former downtown San Jose apartment to her office in Cupertino, even though the two were just 10 miles apart.

Now, she figures she might have to drive to the Cupertino office from time to time, every few months or so, for face-to-face meetings and business reviews. Her husband’s health insurance business has a Sacramento office he can check into from time to time.

They will set up a home gym for weightlifting, and she plans to have a backyard pool installed. It’s a new life, centered on home, with the elbow room and relaxed feel they didn’t have before.

“There are trees, parks. You can walk to the river,” she said. “It’s so quiet here, it’s startling.”

Stay on top of Sacramento-area crime and local news in the Local News & Crime Newsletter – sent straight to your inbox, Monday through Saturday. 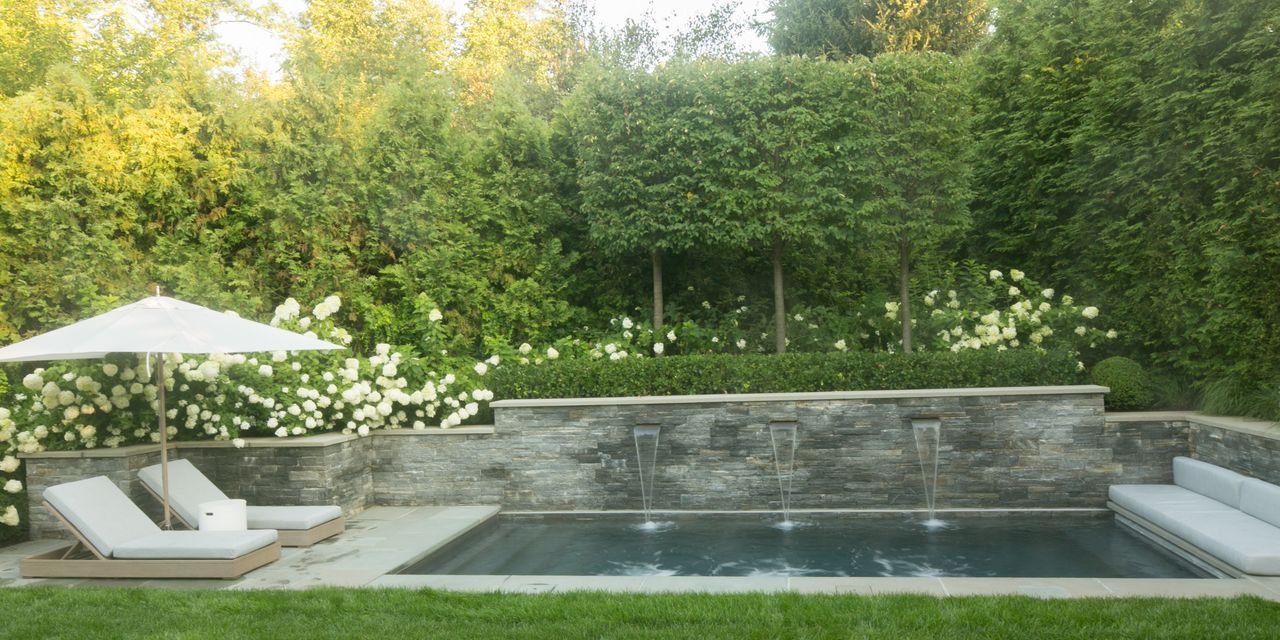