HORNELL — For the first time in four years, homeowners in the City of Hornell are eligible for funding to make residential improvements like new roofing, windows and doors, and other structural rehab projects.

The City of Hornell was awarded a $500,000 Community Developmental Block Grant, enabling low and moderate income homeowners to make essential improvements to their homes.

“We’ve helped out scores of people over the years,” said Hornell Mayor John Buckley, who also noted that although the city applies for the funding every year, this is Hornell’s first award in four years.

“We were overdue,” Buckley said. “We’re happy to be finally on the receiving end once again. It’ll have a direct impact on the quality of life of our residents.

“It’s a competitive grant so not every municipality gets it every year. It’s not a guarantee, but we’re very grateful to have it. It will go a long way to helping those in need in our community.”

Last week, the Hornell Common Council moved the project forward, adopting the Environmental Review Record that was prepared by LaBella Associates and designating Buckley as the program’s certifying officer responsible for all activities associated with the environmental review process.

“It’s a fairly straightforward environmental review,” explained Kathy Dear, a program director at LaBella Associates. “We can’t obviously review the individual houses yet because we haven’t made the selections.”

Buckley said the grant has been a very successful program in the past, with great demand from city residents, especially those with critical needs.

“Typically we have quite a few people who sign up for it,” he said. “It is based on income, so there’s income eligibility. Many times it’s first come-first served, but also people with a greater need can leapfrog ahead, so if you have a leaky roof or maybe your heating system (or) your boiler went out and we’re approaching the cold season, some of those people can jump ahead of others whose (repairs) may not be as important or as critical.”

According to Hornell officials, Assessor Cindy Burdell handles the applications at City Hall and is the contact person for residents interested in the program. Burdell also schedules inspections of the properties to ascertain what work needs to be done. 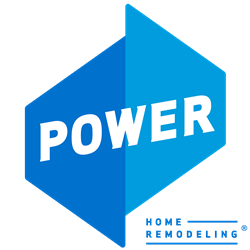