“A lot of people in fashion don’t understand that you can’t easily gift a rug or table. It doesn’t work the same as it does for a dress or a pair of shoes.”

Home is where the #content is — or so wrote Hilary George-Parkin in a 2017 Fashionista story titled, “Why Fashion Bloggers Are Evolving Into Home Decor Influencers.”

Three years later, may I ask: Why were once-strictly-fashion-adjacent influencers venturing into more home-furnished pastures?

George-Parkin’s reporting is certainly worth revisiting in its own right, but for the interest of this piece, I’ll say the gist was this: With the influencer class having, well, influenced our clothing and accessories to a certain degree of satisfaction, our homes became their next logical frontier with which to express their particular stamps of style.

With the help of an affiliate link or 15, these professional tastemakers have come to establish themselves as bona fide interior connoisseurs. They’ve sold us squiggly mirrors, toadstool table lamps and so, so many candles molded in the shape of Venus de Milo. That I’m frequently moved to replace my couch — a very old, very khaki colossus from a discount furniture chain — with one that’s been following me on Instagram for 16 months is a testament to influencers’ selling power.

So here we are, three years since George-Parkin’s initial investigation and at least four months since a global pandemic has prompted civilians who have been deemed “non-essential” to stay right here, in our homes. If we didn’t know influencers were moving product before the Covid-19 health crisis, we certainly do now, with our living spaces on display through the fisheye of filters and voyeurism.

How, then, is this felt on the home decor side of the transaction?

Fashion and interiors have more alike than even history may acknowledge. Today, this simpatico relationship gives home-design retailers new legs with which to reach consumers and eventually, on a different timeline than in fashion, sell stuff.

Influencers’ more formal foray into homeware may be less about strategizing fresh revenue streams (though that’s not to be discounted) and instead, nihilistically chalked up to the passage of time. As influencers themselves mature in age as much as taste, so, too, do their followers.

“Naturally, influencer content tends to evolve as they grow,” says interior designer and television personality Nicole Gibbons, who founded direct-to-consumer paint company Clare in 2017. “Home is a logical extension of your personal style, right? They’re blogging about their outfits and showcasing their fashion every day. But if they’ve got great style and they’re curating beautiful homes, people want to know where they got all that stuff, too.”

Gibbons began her career as something of an influencer herself. After graduating college, Gibbons began working in public relations at Victoria’s Secret while harboring and later, building upon an interest in interior design. (“Even when I was in my early 20s,” she says, “everybody’s out at the clubs and I’m at home trying to find cool stuff from flea markets to refurbish for my apartment.”) In January 2008, she launched her decorating and lifestyle blog, So Haute, as a creative outlet, establishing her own part-time design business later that year. By early 2013, Gibbons left her post as Victoria’s Secret’s Global Director of Communications and Events to relaunch her firm as a full-time venture.

“What people were blogging about and even the way people were blogging 10 years ago — 12 years ago when I started — is very different than how people are sharing content today,” she says. “Today, it’s very much about the broader lifestyle, and you also pick up cues from what your audience likes. So if you share your space and it gets tons of likes, you’re going to keep sharing your space.”

This isn’t lost on the home-design industry, which is now tasked with presenting unique, exclusive loungers and rugs and picnic-style dining tables to a new scope of hyper-online consumers. Hyperbole aside, the ways in which we outfit ourselves and our homes have never been more similar.

“Especially in the context of social media, [fashion and interiors] also have similar materialistic themes regarding recognizable brands or designers,” says Annie Auchincloss, product manager, retail at MoMA Design Store. “Going back to influencers, these choices contribute to their self-brand, maybe even acting as symbolic prop in the background of a photo.”

What is an Eames Lounge Chair, after all, if not a symbolic prop of one’s high-end taste and affluence? At MoMA Design Store, Auchincloss notes that the influencer home-design surge has allowed for retailers to reintroduce shoppers to props so symbolic, she calls them “the classics” — pieces created by Charles and Ray Eames, most definitely, but also Alvar Aalto’s three-legged Stool E60 and Greta Grossman’s lithe Grasshopper Floor Lamp.

“These pieces are icons in their own right, but I feel the original designs have been overshadowed by highly mass-produced lookalikes,” says Auchincloss. “Through social media, the original designs are being more widely recognized and if you feel a passion for design, there’s a pride in owning an original or authorized version.”

Our $5,495 friend, the Eames Lounge Chair, has been a staple of Herman Miller since its release in 1956. Founded in 1905, the furniture manufacturer has long been a monolith of the home-furnishings space, with a catalog of signature products you may well recognize, like the Noguchi Table or the Nelson Marshmallow Sofa.

Herman Miller Retail President Debbie Propst has noticed a shift toward two discernible styles, under which the aforementioned hero items themselves fall. The first she calls “casual comfort,” or a simplicity in both style and neutral color that’s warmed up through the use of rich textures and natural materials. (“New-century modern” home-furnishings brand Dims. has found its Composed Vanity — a svelte, versatile piece from Brooklyn-based Ladies & Gentlemen Studio — to be especially popular, according to Director of Growth Patrick Butcher.)

Related Articles:
Why Fashion Bloggers Are Evolving Into Home Decor Influencers
In Hypebeast Homes, Supreme Accessories Are the Hot Decor Trend
Are We in the Golden Age of the ‘Influencer Brand’?

The second, says Propst, is that of “maximalist charm,” a funky, flowery level of kitsch represented by layered patterns, textiles, wallpaper and lots of color. Maybe you’re familiar with Pieces, a home-design product line created by Brooklyn-based creative agency An Aesthetic Pursuit — and more specifically, its rippling, candyfloss Wavy Rug, an elongated version of which snakes through its shoppable rental home in Kennebunk, Maine. And what could be more “maximalist charm” than a 60-foot-long rainbow rug?

It’s not as if this unicorn carpet was made specifically for Instagram, but it’s not not ticking all the pixelated boxes, either. Pieces, which is run by Jenny Kaplan, her husband Chris Corrado and their business partner Taisha Coombs, is not oblivious to the significant role Instagram plays in the business. At press time, Pieces’ official account had racked up nearly 28,000 followers on the platform, a figure that was achieved organically.

“That’s how our audiences found us, period,” says Corrado. “We’re not paying for Google Ads and we’re not running some kind of paid media campaign. The followership we’ve developed has come exclusively, frankly, from Instagram.”

Beyond audience development, Pieces has discovered a lion’s share of its partners through social media, too, be they graphic designers or 3D renderers or even suppliers. This also means that Pieces has enjoyed no shortage of influencer interest since its launch in 2017. But for a petite operation with such a heavy focus on custom work, the brand has had the luxury of being selective with its project load.

“We’ve had opportunities we’ve had to decline,” says Kaplan, who says the brand quite often receives incoming requests from fashion influencers seeking partnership opportunities. “A lot of fashion influencers are, obviously, so used to getting everything for free, but it’s a lot harder to gift furniture. Our stuff is expensive for us to make, which is why a lot of our prices are pretty high. And I think a lot of people in fashion don’t understand that you can’t easily gift a rug or table. It doesn’t work the same as it does for a dress or a pair of shoes.”

As the fashion and home industries evolve and accordingly intertwine, Herman Miller has begun to see a return to a certain quality-over-quantity mindset. Across both markets, finds Propst, consumers are empowered to implement more conscious buying, taking care to source pieces that are built to last.

“We’ve had to be careful to say yes and no to what makes sense to elevate our brand,” says Kaplan. “We want to be a brand that people covet. I get emails from people that are like, ‘I’ve been saving up for six months to buy this rug!’ And I just think that’s so cool.”

Influencers, as ever, are there to guide you, and Propst says that’s a net positive, even if their expectations may not align with what a brand is able to deliver. At the very least, home influencing has demonstrated how important — and how much of an inherent privilege — creating a comfortable, welcoming home is, however that may look to you.

“The marketplace is filled with options catering to different needs, aesthetics or interests,” says Auchincloss, “and social media makes it easier to find the option that suits you best.” 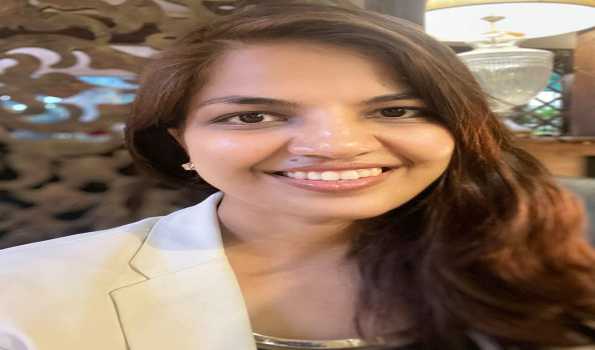 5 items to bring uniqueness to your home’s interior design 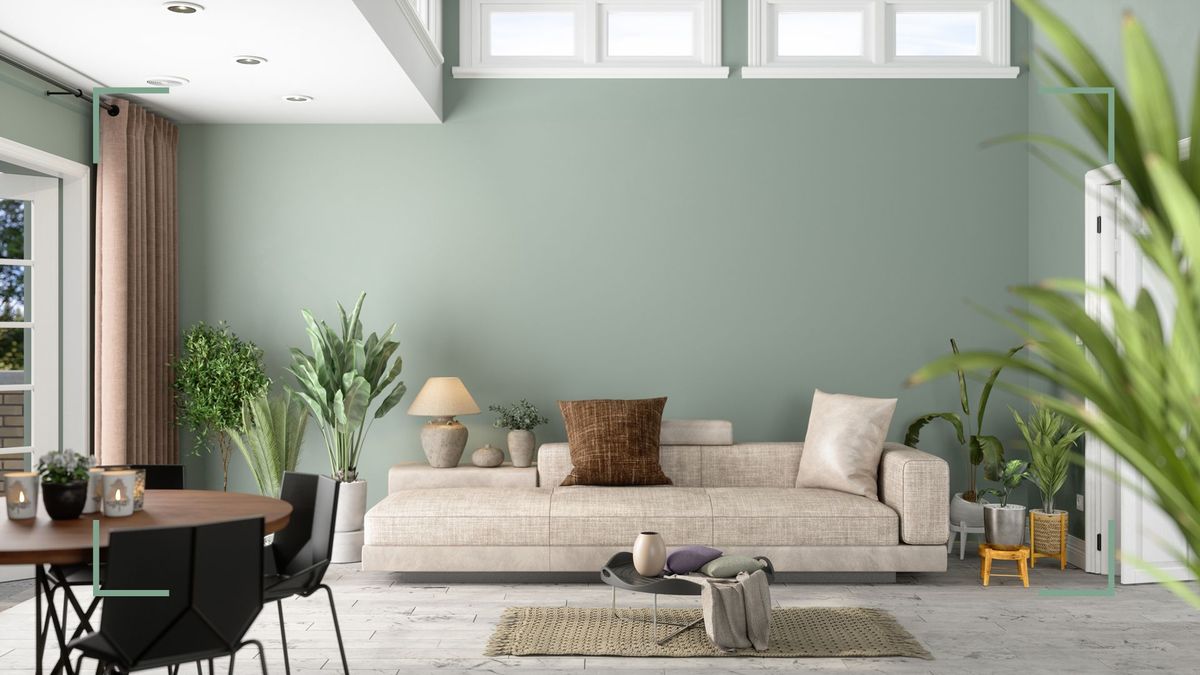