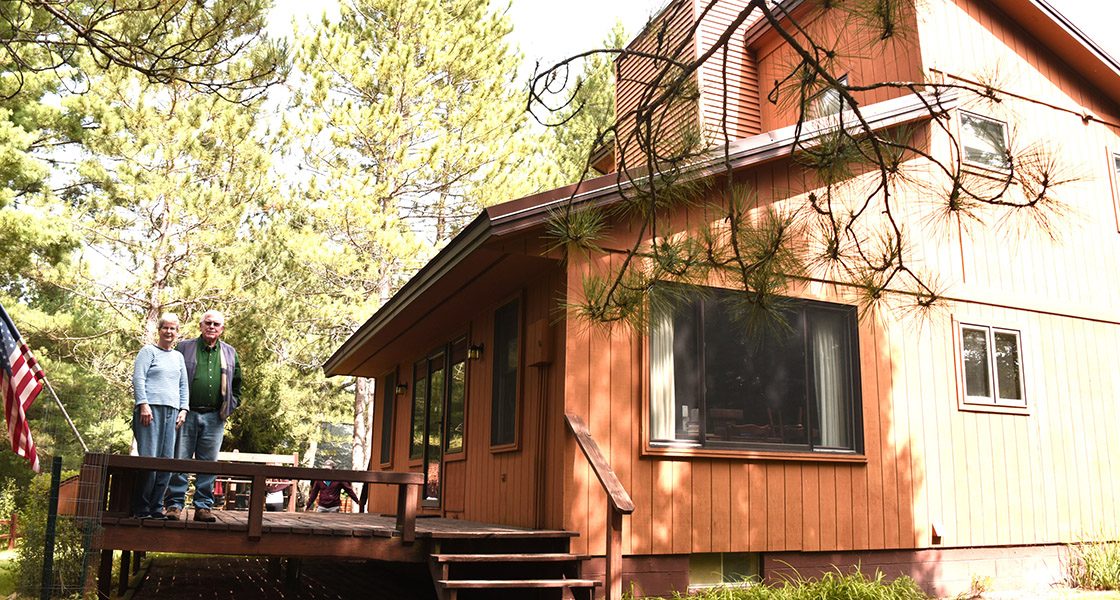 This year will be memorable in Michigan for many reasons. For the real-estate industry in the Lower Peninsula’s quieter areas for vacation homes, summer’s burst of sales won’t soon be forgotten.

“This year distinguishes itself from all others in terms of lack of inventory,” said Mike Heath, sales manager at Coldwell Banker Schmidt’s Gaylord office. “We have more properties under contract right now than available.”

That’s not something that agents along the northern Interstate 75 corridor or near Lake Huron predicted. In comparison to other areas of the state, Haglund said, “we always had higher days on market in our area.”

Heath said that as his firm forecasted sales in March, COVID-19 loomed as a major concern.

“We knew this was a serious issue, and we’d start to see restrictions,” Heath said. “We told sellers that they should list right away because we could have a huge influx of listings by the end of summer.”

Top concerns were how long social-distancing restrictions would remain for showings and whether deals could still proceed quickly as lenders, appraisers and title companies also learned to function amid the pandemic. Some speculated that job losses would prompt people to sell second homes or get equity out of their existing homes.

“The exact opposite happened,” Heath said. “We now have less inventory than we had in March.”

In Otsego County, representing the greater Gaylord area, year-over-year inventory is down 24 percent to 314 listings. Days on market are down 50 percent to 100 days to close. And prices are up 17 percent overall, with a median list price of $159,900. For waterfront properties, listings are down 33 percent this summer, with just 51 listings since June 1.

Across the northeast quadrant of the Northern Lower Peninsula, the story is similar.

“It’s mind-boggling,” Heath said. Buyers are learning fast that making a below-list price offer may not secure a deal, he added. After years of sale prices averaging 5 percent below list price, summer pushed that to 2 percent.

Prices, particularly for waterfront, compare favorably to the west side of the state. In northeast Michigan, the median price this summer for houses on lakes or rivers is about $230,000.

In Emmet County, home to Petoskey, the average year-to-date sale price is $379,404, and 25 waterfront listings as of mid-September are priced at $1 million or more. Fourteen properties on water are under $300,000 and most of those are condos.

“They’re on a whole different level,” said Hinkle of the west Michigan market. “There’s some serious money over there.”

In the northeast quadrant, the county with the most sales from June through August was Cheboygan, southeast of the Mackinac Bridge, where 66 waterfront homes sold at a median price of $278,950.

South of that is Presque Isle County, including Rogers City on the shore of Lake Huron, where 56 homes have sold. Median prices this summer for lakefront property jumped 26 percent to $237,875. Homes away from the water climbed even more in price: They’re up 49 percent from June 1, compared to summer 2019, with the median selling price of $94,500.

“What we’ve got here is something to treasure,” said Haglund of her area in Tawas City and many other areas in the northeast portion of the state. She lists as attributes the water, the state and national parks and the recreation trails for bicycling or hiking in the summer, then snowmobiling or skiing in winter. “There’s nothing wrong with having a little slower pace of life and enjoying the beauty around us.”

How To Organize Your Laundry Room On A Finances

THE BEST 10 House Cleaning In Victoria, BC

How To Organize Your Laundry Room On A Finances