The coronavirus pandemic pushed Sparrow Kettner and her husband, Keith Smith, to rethink their careers and their home.

The couple are musicians who rent a mid-size house in Asheville, North Carolina. But with concert venues closed and large gatherings limited for the foreseeable future, they had time on their hands to plot their next move.

“Before all this, we stayed in Airbnbs and hotels when we were on the road,” Kettner says. “We needed a way to still travel and play at outdoor, socially distanced concerts. But we also needed to be more self-contained.”

So in April, they traded in their band’s tour van for an old, gutted school bus and spent the next several weeks converting it into a move-in-ready home on wheels with a kitchen, modular seating, chevron wood paneling and a bathroom.

Bored under lockdown: This couple built a ‘hot tub trailer’ on wheels during COVID-19

The couple aren’t the only ones jumping on the bus. Sales of the used, bright yellow vehicles, called “skoolies” by their owners, have risen in some markets during the recession as more Americans shift toward an untraditional, more affordable, and socially distanced way to live. People like Kettner and her husband transform them into one-of-a-kind homes.

“Bus and RV conversions have been around for decades, but it has increased due to the quarantine and social distancing,” says Mike Curtis, general manager at National Bus Sales Inc., an Oklahoma-based, coast-to-coast dealer of shuttles, vans and school buses.

The trend is offering relief for bus sellers, who are struggling with lower sales overall as COVID-19 shuts schools and limits tourism.

“People are looking for cheap shuttles that then they can put a little bit of time, effort and sweat equity into. They’re turning them into campers,” says Noel Graham, vice president at Tesco Bus.

RVs on a budget

People fix up buses partially because trailers are more expensive to buy and have to be hauled by another vehicle. The buses are also cheaper than recreational vehicles (RVs).

Prices for used school buses usually start around $3,500, Curtis says, and costs vary depending on size, model year and mileage. The conversion process can be done for under $10,000, enthusiasts say.

Prices for pre-owned RVs with comparable model years start around $8,000 on RVtrader.com but most are much higher. Used travel trailers without major damage start around $3,500 plus the cost of a tow vehicle.

Joseph Teneco has spent most of the pandemic renovating a 22-foot, 20-year-old skoolie for himself and his wife.

The Michigan-based pastor found the $3,750 school bus on Facebook Marketplace, drove to Georgia to pick it up and spent $11,000 converting it. He finished the project in July and wants to live in Florida.

“We were kind of going through a hard time and took a leap of faith,” Teneco says. “We saved some money, started looking into it, and now we’re ready to hit the road.”

Buyers often find retired school buses at local auctions soon after the vehicles are taken out of commission by school districts, experts say. Schools usually let go of them after about 20 years of service depending on state guidelines.

Before retirement, school buses are the most regulated vehicles on the road, built sturdily and designed to roll over on impact rather than to cave in, according to the National Highway Traffic Safety Association.

In their afterlife, the buses can be reclassified and registered as a motor home. Usually, a regular driver’s license is enough, but that can vary depending on state guidelines, according to Josh Davey who runs Davey Coach Sales, a specialty bus business.

There are downsides to purchasing any used vehicle, and those challenges are compounded when transforming a school bus into a steel-shelled cabin fit for a fulltime family. There’s room for error when installing insulation, appliances and electrical work. Bathrooms are particularly cumbersome.

Starla Sullivan and her husband, Brian, had toilet issues for a year after buying a $1,000 composting toilet. The flusher attracted mites and occasionally leaked inside their home. The couple built their own toilet instead, Starla says.

But some people prefer to leave most of the grunt work to experts.

Jeff Flake runs a bus and van converting business in Marshall, North Carolina. He’s been flooded with calls to take on new projects during the pandemic and is currently booked through 2021.

“Everyone comes in with a different vision,” Flake says, although clients must eventually align their dreams with their budgets.

“We’ve been asked about building a spa-themed bathroom with heated floors,”  he says. “Somebody wanted at swing built onto their bus for their son to swing on. It really varies.”

Gabriel and Deborah Mayes, and their four kids, downsized from a 5,000 square foot house in the Chicago-area to a 250-square foot, Scandinavian style bus. The parents hired a team to do all the internal building work, while the couple did all the painting and decorating, Gabriel says. The entire project cost just over $30,000 to complete.

Wandering, reconnecting and patching up a marriage

It’s also a cultural movement that’s loosely attached to the tiny home phenomenon. And it’s partially driven by wanderlust and a desire to reconnect with nature and family members, enthusiasts say.

The Mayes’, who completed their bus conversion in 2017, wanted to downsize after they noticed the family was growing apart.

The Tenecos were going through a rough patch in their marriage when they decided to make the leap.

“A lot of people initially bought into the dream of a large house, a big family and a green yard. Then life happens,” says Flake, who runs the converting business. “There’s a lot of people looking for the slice of happiness that they gave up trying to follow the status quo.”

This article originally appeared on USA TODAY: Used bus sales lift amid pandemic as Americans convert them into homes 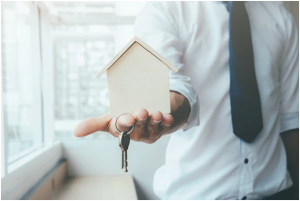 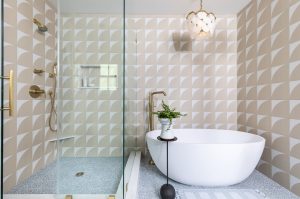